Bloomberg L.P is a privately own financial software, it has been at the heart of wall street and many other stock exchanges since it was founded in 1981 by Michael Bloomberg.

A few years later Bloomberg L.P launched additional services new and messaging to add to their portfolio, they have been the industry standard products for the last 30 years. Bloomberg L.P is reported to now be worth an estimate $40 billion. But now there’s kid on the block looking to dethrone Bloomberg to be the new go to software for financial institutions, slated as the next whats app, Perzo or Symphony as it is now called, was purchased in 2014 by 15 of the biggest players in the finance world, their vision is to create an affordable software which is as secure and familiar as Bloomberg. 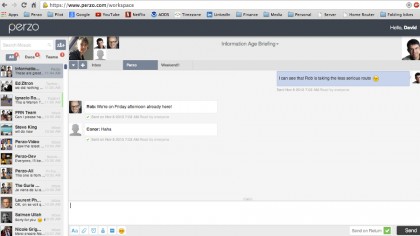 Symphony is now considered a real threat to Bloomberg’s secure messaging service, one of the main reasons for this is could be the pedigree of the management team, David Gurle (early founder of Symphony) has worked with Microsoft, Skype and Thompson Reuters on some big projects like project phoenix or Microsoft Lync as its now called. David is no stranger to messaging platforms and has helped shape the technologies we use today.

It’s a very ambitious move to try and dethrone a company that’s stood at the top of the pecking order for over three decades but that’s not to say it can’t be done, look at Xero and MYOB here in Australia for example. Sometimes some fresh ideas and a sense of purpose can really shake up the market, either way it would be interesting to see how this one evolves.

Bloomberg vs Symphony2015-09-162015-09-16https://www.zenoit.com.au/wp-content/uploads/2018/05/zeno-custom-1.pngIT Support Sydney - Managed IT Services and Cloud IT Services North Sydney, Chatswood, CBDhttps://www.zenoit.com.au/wp-content/uploads/2015/09/Bloomberg-Screenshot-620x443-3.gif200px200px
About
scottrotton
I have been working in the IT industry since I was 18 years old, I started as network engineer for a large Cisco academy college and worked my way up to my current role. In my early days as an Engineer I worked mainly on larger scale networks of 2000+ users but over the years I've switched to consulting for SME. I also specialise in Dental Practice Management Software and have been a hybrid IT and Dental Consultant for over 7 years.

Out of hours support available

We're not around right now. But you can send us an email and we'll get back to you, asap. 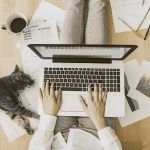 How to Reduce Cyber Risk When Working from HomeARTICLES, Business, NEWSLETTER